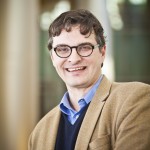 Rev. Dave Allen Grady was appointed to The United Methodist Children’s Home in June. As the Elder appointed to the Children’s Home and guided by the leadership of John Cerniglia, Vice President of Development, Dave will be leading the Church Relations team as we seek to build better and stronger relationships with local churches.  Dave’s vision is that all of God’s children might live a graceful response to God’s love in Jesus. He loves the church and has a passion for social justice. He comes to The Children’s Home having served various sized churches in the North Georgia Conference, North Alabama Conference, and The Methodist Church of Great Britain. A leader in the North Georgia Conference, he has served as a reserve delegate to the 2012 & 2016 General Conferences and delegate to the 2012 & 2016 Southeastern Jurisdictional Conferences. He is a graduate of The University of Alabama and Emory University’s Candler School of Theology. Dave is married to The Reverend Susan Allen Grady, Associate Pastor of Oak Grove UMC in Decatur. They have a daughter, Joy. 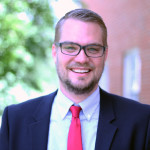 Brett Hillesheim comes to The United Methodist Children’s Home after spending 13 years in local church ministry with the United Methodist Church. He has served as a youth minister, senior pastor, and, most recently, as the Director of Family Ministries for Mountain Park United Methodist Church. Brett and his wife Summer spent 4 years as foster parents with the Children’s Home, and fostered 18 children during that time. Their home recently closed as they adopted three boys, bringing their home to capacity. They have six children: Anna, Emily, Donovan, Mya, Shawn, and William. Brett is looking forward to continuing his ministry in foster care as a member of the UMCH staff.
Read more