The Higher the Risk, the Greater the Reward — The Hardy Family’s Story

The Higher the Risk, the Greater the Reward — The Hardy Family’s Story 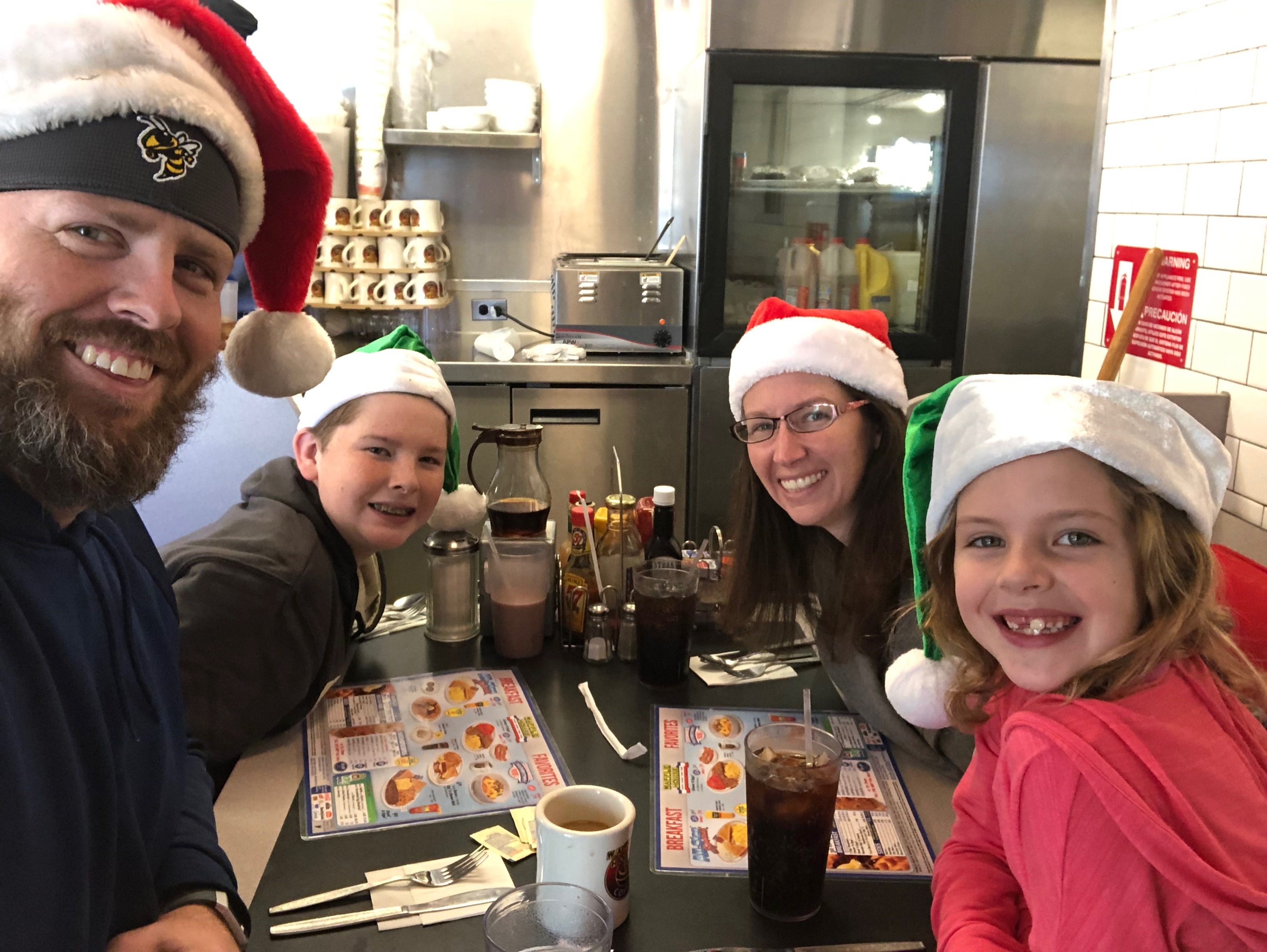 If you were to ask UMCH Case Manager Regina Moore what it looks like when a foster family goes “all-in,” she would point you in the direction of the Hardy family. Dedicated, determined and eager to make a difference, Will and Michelle, Charlie (15) and Emily (8) Hardy were positive and patient advocates for two young boys in a tough, unfair situation. Although they exuded positivity and commitment at every turn, nothing about this placement was easy for the Hardys. After completing training and receiving approval to foster in October 2017, the Hardys said “yes” to 11 potential foster child placements. Every single one fell through. It was a period of ups and downs, hope and disappointment. The Hardys were ready—even yearning—to serve. Since moving into a larger home in the summer of 2015, the Hardys had been praying that their ample space would be a way to serve others and glorify God. “What can we do to serve?” was Michelle and Will’s constant prayer over their home and family. Fostering seemed to be the answer—so when would their opportunity come? For a football-loving family like the Hardys, it seemed appropriate that opportunity found them on the night of the Big Game. Jay and Sony, two brothers aged four and five, came to live with the Hardys on Feb. 4, 2018—Super Bowl Sunday. “It was the first Super Bowl we didn’t watch,” Michelle joked about the day she and her family met Jay and Sony. Finally, the Hardys had the full home they’d prayed for. 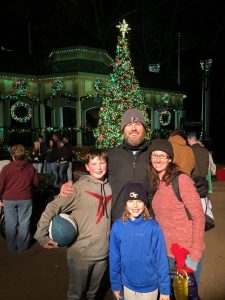 Even with these answered prayers, the boys’ placement posed challenges for the Hardys. Early on, the Hardys spent many days in the courtroom, asking important questions and speaking up for the two boys who didn’t have voices of their own. “We very much felt like our role was to be an advocate for the boys,” said Michelle. Meanwhile, the boys’ behavior also posed a challenge for the Hardys to work through. An unstable home life had led Jay and Sony to believe unruly behavior was the only way to receive attention. They were also unfamiliar with interacting with other kids their age, which led to problems in their original daycare and other public settings. “At first, it seemed like the boys were acting out just because they thought it was the way to be sent home to their birth mom,” Will remembers. “They really stuck to this strategy at the beginning. It was a fight at times.” With much room for improvement, Michelle and Will were filled with sense of urgency to take action and bring positivity and inspire growth in Jay and Sony. They were intentional about incorporating the boys into extracurriculars and activities with their  own children, Charlie and Emily. Jay and Sony were soon enrolled in swimming and gymnastics lessons, and they both signed up for a soccer team. After much searching, the Hardys also found an incredible daycare—Kids in Motion—that was a great fit for Jay and Sony. A foster parent herself, the boys’ teacher was consistently kind and understanding of their situation, and she worked heavily with them on behavior and how to interact with others. Michelle credits much of the boys’ behavioral improvements to this dedicated teacher and her fellow staff. As with Charlie and Emily, Michelle and Will were also firm with rules for the boys throughout the placement. “The kids were still allowed to be kids,” said Regina. “But, the Hardys were very clear about how the boys were to talk to other and treat the people around them.” Understandably, living with two additional people posed challenges for Charlie and Emily, but they grew to include Jay and Sony in nearly everything they did. “The four of them became like a unit,” said Michelle. Jay and Sony had a sense of belonging that they’d never experienced before. Gradually, the boys dropped “Michelle” and “Will” and opted to use “mom” and “dad,” instead. 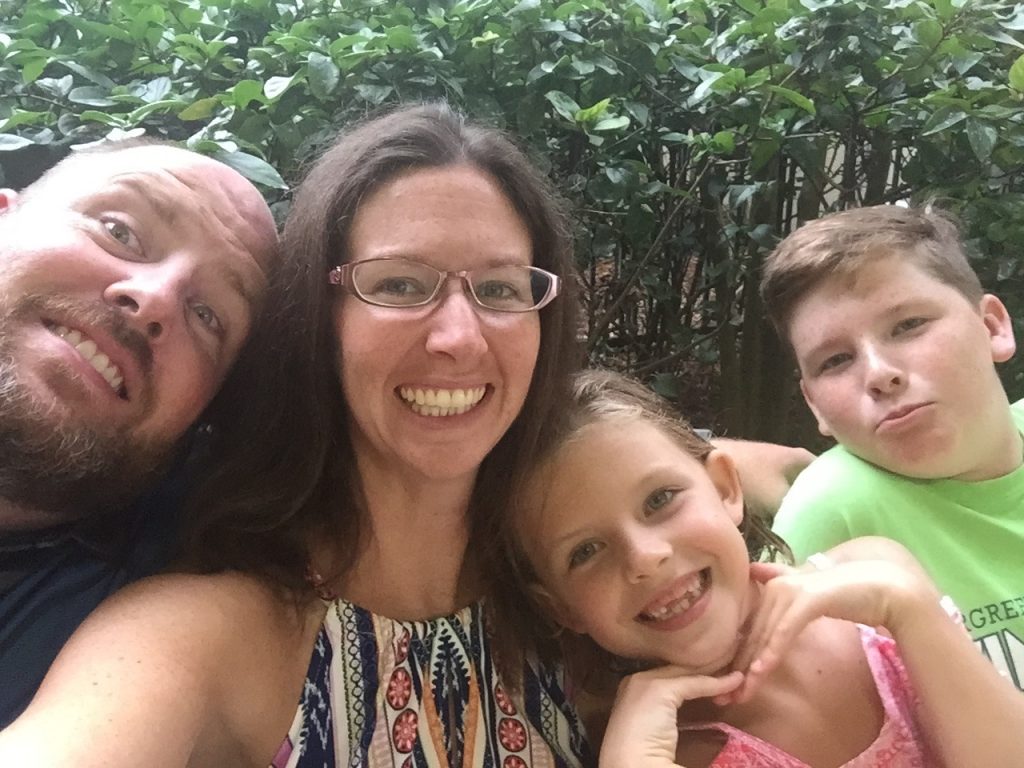 In terms of education, however, the boys were still behind. As a physical therapist working with individuals with special needs in the DeKalb County school system, Michelle knew that Jay and Sony weren’t on  the same level as other kids their age. Although the boys were in counseling, their traumatic past was inhibiting their ability to learn and thrive in a typical classroom or daycare setting. Michelle and Will pushed for cognitive testing for Jay and Sony, which resulted in the boys being placed in smaller, more-focused classes when they started at public school last August. This was a huge win for the boys’ development, and one that wouldn’t have been possible without the Hardys attentiveness to the boys’ individual needs. Michelle rejoiced over the fact that “Jay was reading sight words by December!” As the year went on, the boys grew, developed and assimilated into the Hardy home. The entire time, Michelle and Will were working behind the scenes to maintain a positive, productive relationship with Jay and Sony’s birth mother and father, as all parties worked toward reunification. “From the beginning, we told both of the parents that we were on their side,” Michelle said. “We said: ‘We’re here to work with you, not against you, and the boys’ well being will always come first.’” Despite the two-hour drive, the Hardys would regularly take Jay and Sony to visit their birth mother, even when it was difficult at the beginning of the placement. “It wasn’t exactly easy to build a relationship with the boys’ mother,” Will said. “But it got a lot easier when we realized how hard she was willing to try for Jay and Sony. We had to take a step back and recognize that her struggles were real, but she was working hard to overcome them.” The Hardys crossed every necessary hurdle and put in any additional effort that was needed to make sure Jay and Sony has consistent contact with their mom. Michelle and Will frequently shared photos and updates with their birth mom, and they facilitated regular phone calls. “They really cultivated this positive relationship with the mother themselves,” Regina said. “They built up trust and were always intentional about setting the birth mother up for success.” 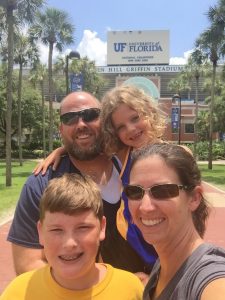 Historically, there can be misconceptions about discord between foster parents and birth parents. Many people wrongly assume that it’s a battle over the children in care—”may the best parents win.” The Hardys never fell for this way of thinking or let any outside forces influence their perspective. Michelle and Will excelled in daily care of the boys, but never neglected the future-oriented thinking that is so necessary for reunification and successful transition in the foster care system. Toward the end of 2018, the Hardys were told that Jay and Sony would be returning home. From that point on, Michelle began incorporating their birth mother into parent/teacher conferences and doctor’s appointments, hoping to ease the transition back to “normal” life for Jay, Sony and their mother. The strong relationship the Hardys and the birth mother had formed over the months of placement served as a foundation for a smooth transition leading up to the time of reunification. Not only did Will and Michelle invest in the boys’ development, but in the growth of their mother, too. From the beginning, they saw the lasting impact this could have, despite the extra effort it may have taken. Shortly before Christmas 2018, on Dec. 21, Jay and Sony were reunited with their birth mother and they moved out of the Hardys’ home. “Reunification came more quickly than we thought,” Michelle said. “But, Jay and Sony will always be part of our family.” Today, the Hardys continue to stay in touch with the boys’ birth mom, and she sends them photos and updates weekly—just as the Hardys did for her during the placement. Just a few weeks ago, the Hardy family traveled to visit with the boys and it was a sweet reunion. “We know that we were meant to foster those two boys,” said Will. Although there were times of struggle and exhaustion, Will and Michelle encourage anyone interested in fostering to take the leap of faith. “It’s definitely not something that you can do halfway,” Will advised. “But it showed us, as a family, that we have so much more capacity to serve others than we ever thought.” During the 11 months that they were parents to Jay and Sony, Michelle and Will learned the true meaning of the word “teamwork.” Will even jokes that, with two extra children in the home, he and Michelle had to transition from “man-to-man defense” parenting and learn to play “zone-defense” parenting, instead. “I began the placement thinking I could quickly get the boys ‘into shape’,” Will said. But, after one of the boys opened up to him about abuse in his previous home life, Will had a moment of clarity. “I realized that it would be more about showing grace than authority. I often had to pray for patience, but I wanted to make sure these boys felt loved while they were in our home.” Seeing their own children get excited for Jay and Sony’s successes, welcoming the two of them into family traditions and spending time really learning about the boys were just a few of the aspects that made fostering feel immensely rewarding for Will and Michelle. “Our whole family came together to serve those boys,” Will said. “And it was truly rewarding.” When the boys were preparing to return home, Michelle recalls Jay attempting to leave one of his belongings so the Hardys “wouldn’t forget him.” Shocked at the absurdity of that idea, Michelle told Jay, “even if I had Alzheimer’s, I would never forget you.”
Read more