The Beauty of Uncertainty – The Crosses’ Story

The Beauty of Uncertainty – The Crosses’ Story 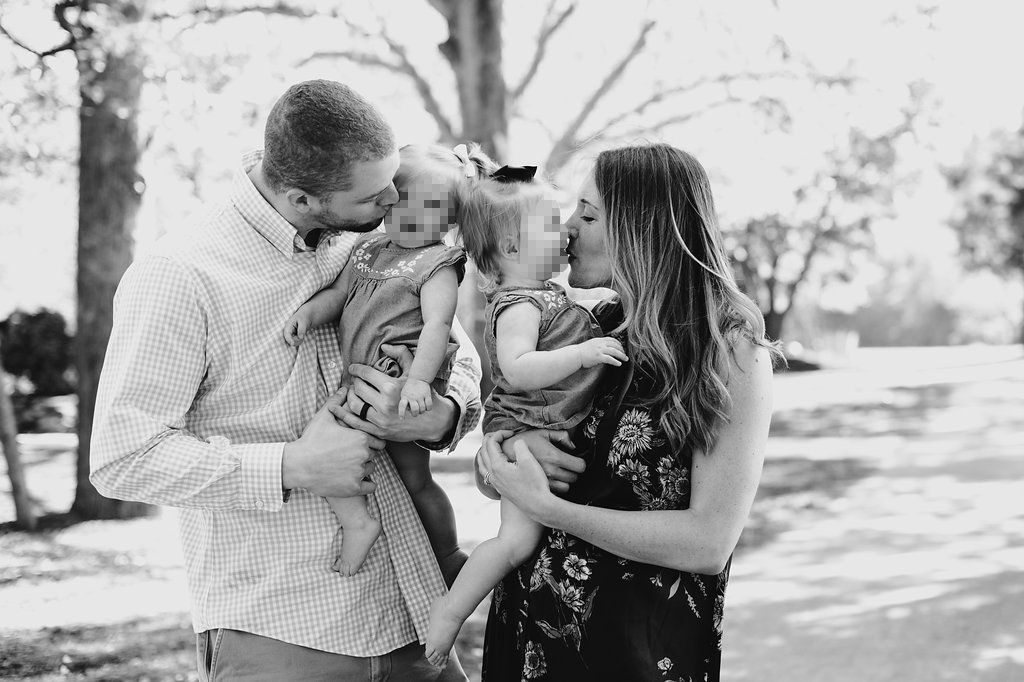 “When kids are loved and cared for, it’s amazing how much they can thrive.”

In January 2018, Kelsie and Luke Cross were in the midst of a relatively routine Friday evening. Kelsie was at home after work (the couple had recently moved to Atlanta and finished renovating their fixer-upper), and Luke was coaching his basketball team at a nearby high school. 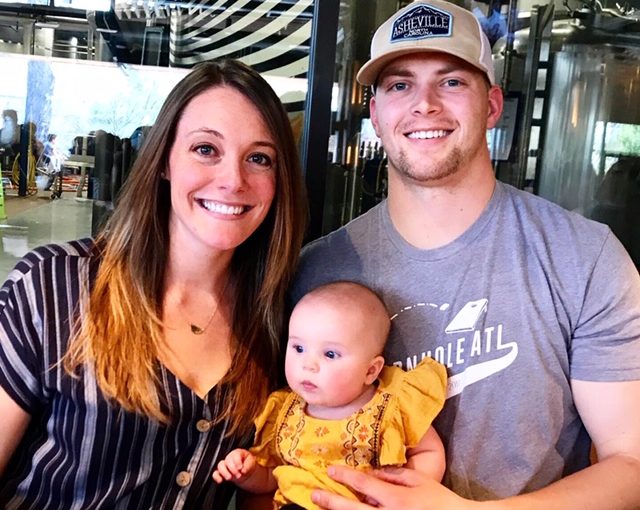 On this night, Kelsie’s phone rang with news that she and Luke had been excitedly anticipating since Thanksgiving of the previous year, when they were first approved as foster parents. Wellroot Foster Care Supervisor Erica Wilson Kaufman was the caller, asking Kelsie if she would prefer to take one-year-old twins or three-year-old twins into their home. It was urgent. Kelsie remembers quickly calling her mother for guidance; Luke was unreachable, in the middle of coaching a game. He stepped off the court that evening to learn that two one-year-old baby girls would be welcoming him at home that night. Around 10 p.m., an exhausted elderly woman arrived at Kelsie and Luke’s home, with five children in the backseat of her van. She was the grandmother. The five children were all siblings, headed to different home placements around the area. Luke took one twin into his arms. Kelsie took the other. They were told the girls’ names were Lindsey and Laura Harris, but it was uncertain who was who. Even in their short lifetimes, it was clear the twins were missing a nurturing and stable home life. After a whirlwind of an evening—receiving the call from Wellroot, meeting the twins’ grandmother and sitting down with the case worker, all in a matter of hours—Kelsie and Luke stood speechless in their kitchen holding the girls. “Here we go,” the two finally looked at one another and concluded. Even though it looked a little different than they imagined, the moment Kelsie and Luke had been praying and preparing for had finally arrived. Bathing and feeding Lindsey and Laura were initial obstacles for Kelsie and Luke to overcome—the girls weren’t used to any form of basic care, and the unfamiliarity frightened them. “It was a tough transition,” Kelsie admits. “Suddenly, you have two small humans in your home who can’t communicate but have needs that must be met. And you’re the one responsible to meet them.” 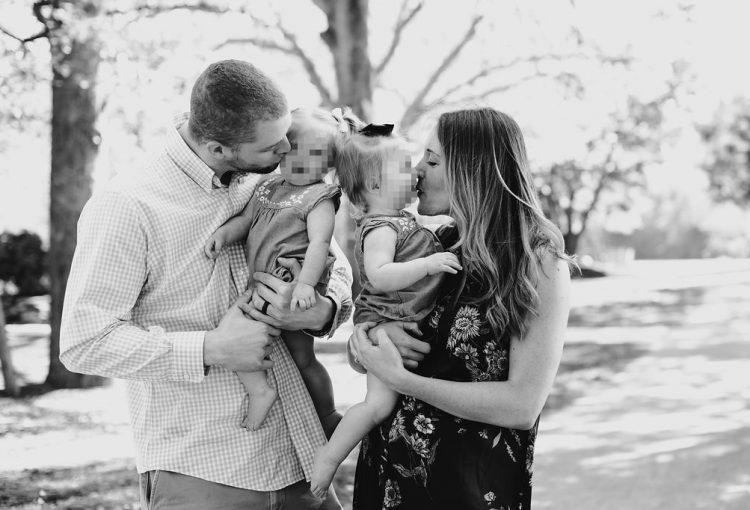 Luke, Kelsie and the twins

Kelsie and Luke dove into parenting Lindsey and Laura with determination and gusto. As a lawyer, Kelsie knew that—in situations of parent/child separation—reunification with a biological family is always the ultimate goal. This case was different, however, and the Crosses were told from the very beginning that the girls would likely not be returning to their birth home, for their own wellbeing. Knowing this, the twins weren’t just a temporary placement for Kelsie and Luke—they were future daughters. In the months following their arrival in January, Lindsey and Laura made significant developmental strides. Originally unable to crawl, the girls were teetering around the house and beginning to walk. They were also showing cognizance and emotion, even though they barely even made facial expressions several months before. “When kids are loved and cared for, it’s amazing how much they can thrive,” Kelsie said. “Life springs out of kids when they have the care that they need… and deserve.” In July, Kelsie received a short, quick-hitting email from DFACS: “There is a family ready to take all five Harris siblings. Transition starts immediately.” 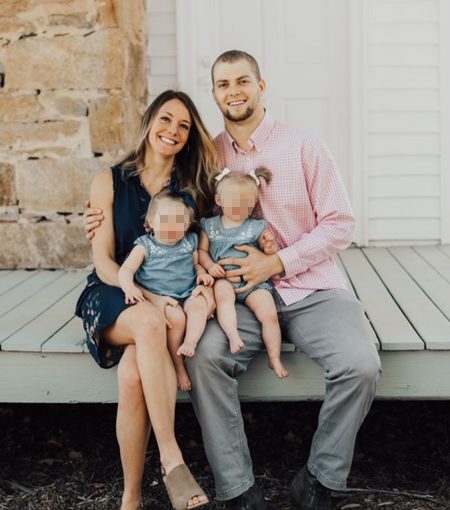 In that moment, Kelsie and Luke were devastated. They’d taken the girls’ unique situation to heart and begun operating with personal adoption as the goal. They never imagined there’d be another option for Lindsey and Laura. Within several days, Kelsie and Luke were meeting with the adoptive family, the other Harris siblings and all respective caseworkers to begin transitioning the five Harris children into their new, forever home. While Kelsie and Luke were initially saddened by this outcome for the twins who had begun to feel like their own, their perspective was quickly shifted upon meeting the adoptive family: an incredibly kind, selfless family with huge hearts for adoption. All five Harris siblings would now grow up together, spending childhood in a safe and caring home. “It was a tragically beautiful transition,” Kelsie said. “My heart was breaking to say goodbye to Lindsey and Laura, but I couldn’t have planned a better outcome for them myself.” By the end of July, the Harris children were living together in their permanent home. Kelsie and Luke regularly receive photos of Lindsey and Laura and have a great relationship with the adoptive parents, occasionally even setting up visits. 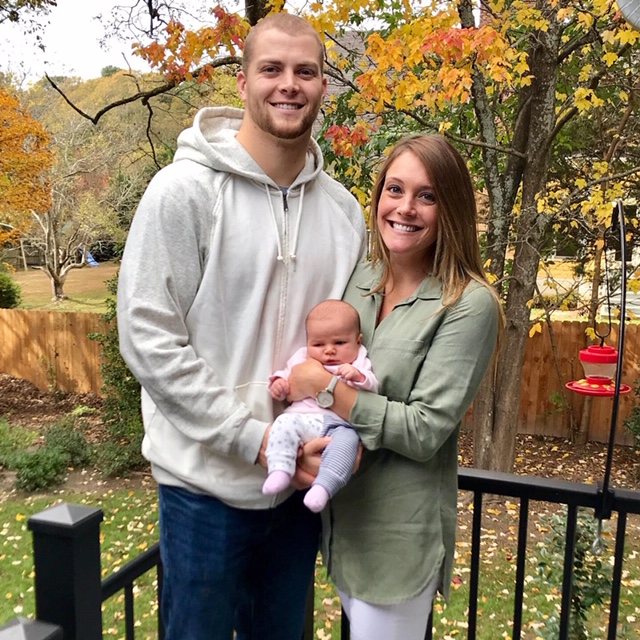 Luke, Kelsie and their daughter, Cora

In October, the Crosses celebrated another “first,” welcoming their daughter Cora to the world. Now that Cora is around six months old, Kelsie and Luke plan to open their home to fostering again, knowing that they can make a huge difference in the lives of children who need them. “Fostering is a broken but beautiful process. Ultimately, the Lord knows what is going to happen in the lives of these children,” Kelsie said. “But, it’s your job to advocate for their best interest while His plan is coming to fruition. Never waver on that.” Answering the call to foster doesn’t guarantee a set outcome. There is certainty, however, that a deserving child will benefit from loving individuals who are willing to open their hearts and home when it’s needed most. To learn more about becoming a foster parent, visit fosternow.org.
Read more