Back To Home
adoption, FAMILY, Georgia Foster Care, Our Stories May 20, 2020 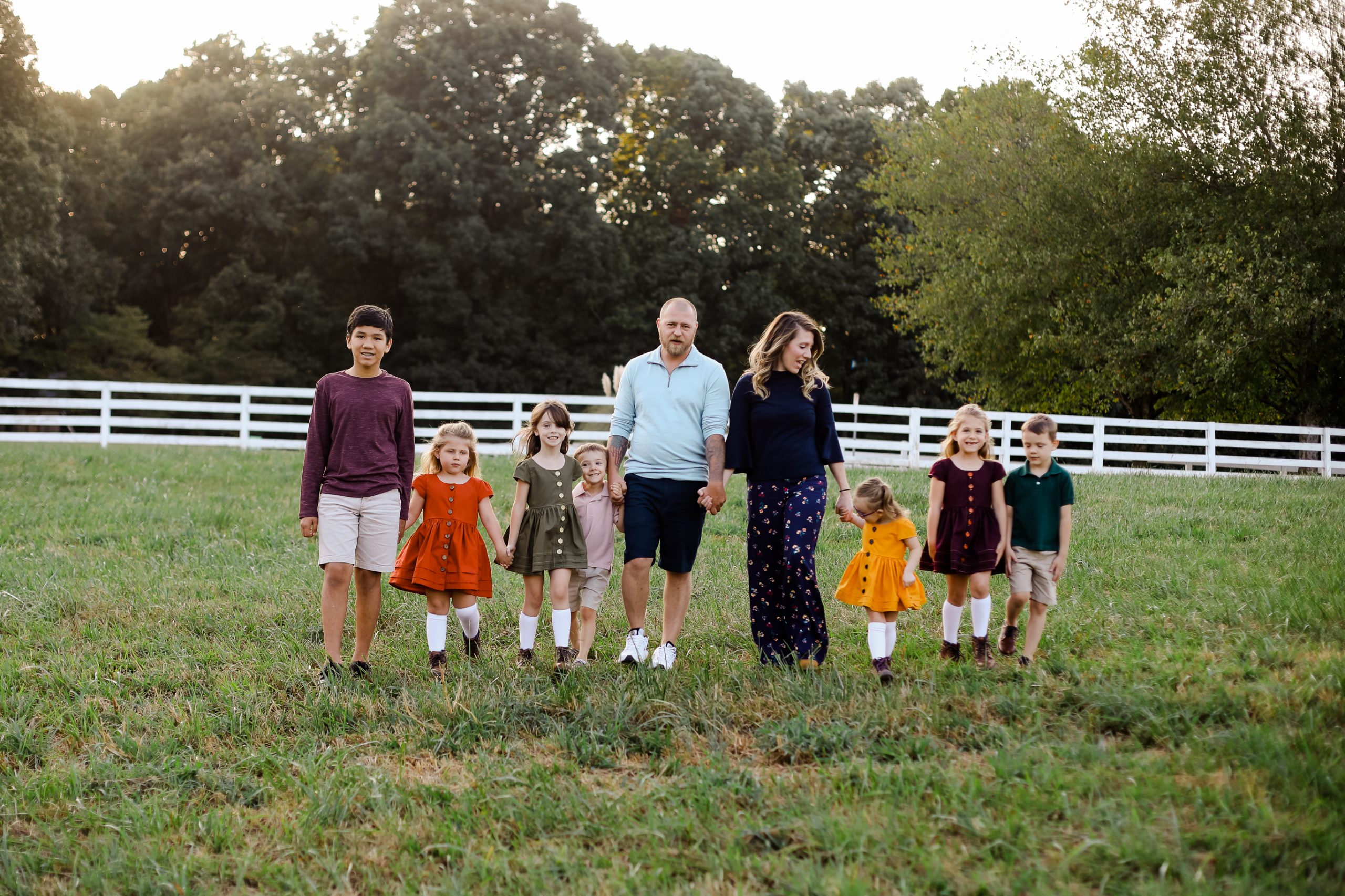 “Oh—I think you may be muted.”

“Congratulations, you are officially one big family!”

Does one of these phrases seem like it doesn’t belong in a Zoom virtual meeting room?

In an era of social distance, we’ve grown accustomed to online video meetings and connections in our personal and professional lives. Graduations, birthday parties and family gatherings have all gone virtual, leading to some of life’s biggest moments happening on-screen.

For Cherokee County locals Nick and Chelsea Cioffi, a video meeting on April 6, 2020, marked the beginning of their full forever family, as they adopted four children who they fostered through Wellroot. On that day, Nick, Chelsea, three biological children and four soon-to-be-adopted children packed onto the couch in their living room to join a virtual adoption ceremony with the Jackson County judge, the Cioffi’s attorney, the Wellroot Case Manager and two DFCS representatives.

Although no one imagined the ceremony to look quite like it did, the virtual aspect didn’t even slightly diminish the joy, hope and happiness of the Cioffi family as they officially welcomed the children who had already been a part of their family for more than a year. 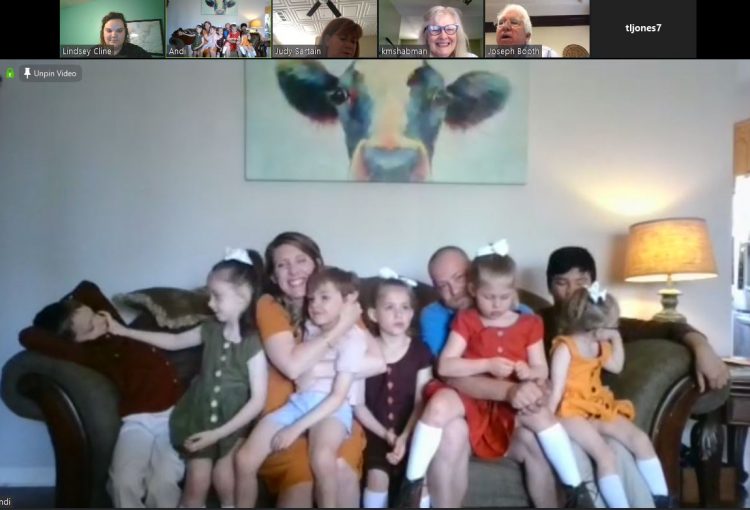 As you may imagine, the Cioffi’s fostering journey began well before the COVID-19 pandemic swept the globe. Nick and Chelsea were approved to foster through Wellroot in early 2016, and their first placement was a pair of siblings who were in the Cioffis’ care for around a year, before the two children eventually moved to permanent kinship care with their grandparents. “It was a really sweet reunion,” Chelsea recalls.

In August 2018, Nick and Chelsea were asked to provide a weekend of respite care for a pair of brothers, although they were out of the requested placement age range. However, the Cioffis understood the importance of being open and willing to provide care in a variety of situations, and they eagerly agreed to this short-term respite placement of two four and five-year-old boys—Alex and Jamie.

When the boys arrived, it was immediately apparent to Nick and Chelsea that Alex and Jamie faced developmental challenges. The four-year-old boy was still wearing diapers, and both children struggled to communicate, even on a basic level.

When the respite weekend was over, the Cioffis’ Wellroot Case Manager mentioned that permanent care was needed for the boys. At the time, Nick and Chelsea were fairly certain this was not a situation that they were willing to accept on a long-term basis.

However, the couple couldn’t get Alex and Jamie out of their minds.

“I kept thinking to myself, ‘I wonder what could happen with a little bit of work,’” Chelsea said. “I called Nick at work one day and said ‘I know you think I’m crazy, but with the right help, I think we could make progress with the boys. We should say yes.’”

Within two weeks, the Cioffis let us know that they’d keep Alex and Jamie for the duration of their case, no matter how long it took.

Nick and Chelsea admit that the first several months with the boys were extremely challenging. But, their dedication to the boys’ development made a massive, positive impact in Alex and Jamie’s lives, especially compared to where they were when the Cioffis first met them.

Later in 2018, we notified Nick and Chelsea that Alex and Jamie had two sisters, Yvonne and Clara, who were also in need of care. The couple began coordinating visits with the other foster family for all of the siblings to have time together. When faced with the decision of saying “yes” to care for all four siblings, it was practically a no brainer for Nick and Chelsea.

With Yvonne and Clara now in the Cioffis’ care, it became increasingly clear that the case was moving toward a final TPR (Termination of Parental Rights) for the four siblings. Nick and Chelsea were prepared to welcome Yvonne, Alex, Jamie and Clara as permanent placements, and the road to official adoption began in September 2019. Since all four adopted children have special needs, the process took a bit longer than normal, but by early 2020, all was in place for the adoption to move forward.

When COVID-19 led to statewide shutdowns, the adoption was pushed back even further. However, the Cioffis’ Wellroot Case Manager Lindsey Cline emailed the couple in late March to let them know the adoption could actually move forward soon… virtually!

With the adoption finalized and their forever family complete, the Cioffis have been spending this extra time at home homeschooling, playing outside and finding a new normal.

“We’ve been able to slow down and enjoy time with the kids,” Chelsea said. “We’ve really gotten to focus on investing time with them.”

Chelsea says that Yvonne, Alex, Jamie and Clara’s soft skills are constantly improving. Even the small things, like the kids getting dressed all by themselves, are big wins around the Cioffi house.

It’s this spirit of positivity and celebration that we admire most about Nick and Chelsea, even though their journey had its own unique twists and turns, requiring added perseverance and dedication. Even when it seems like the world has been turned upside down, the Cioffi family is a shining example of hope, love, courage and the power of family. 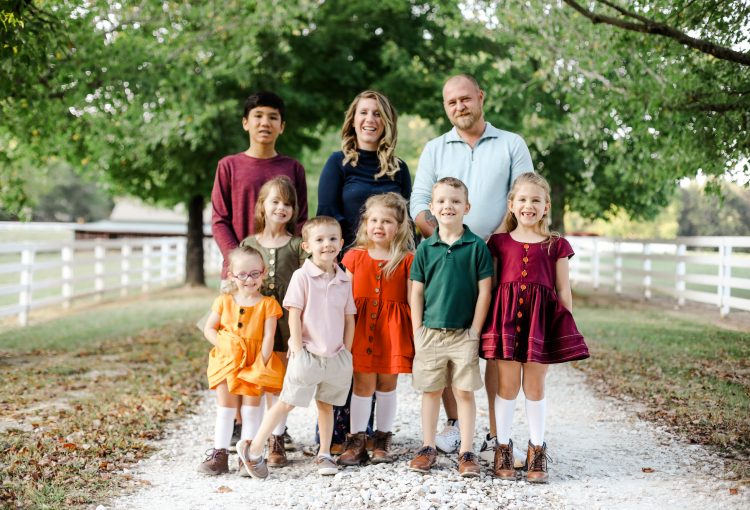