Throughout Wellroot’s 150th Anniversary Celebration, we’ll be exploring our history and roots as The United Methodist Children’s Home. Read our first article here. 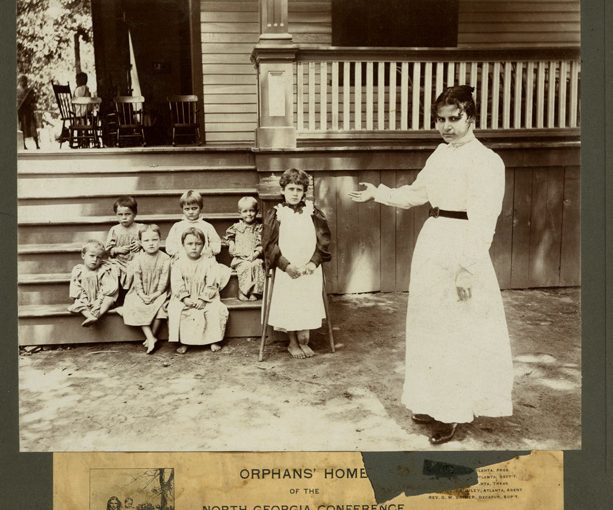 At Wellroot, we stand on the shoulders of hundreds of dedicated individuals who have come together in faith over the last 150 years to ensure that all children in Georgia have access to a safe and loving home. Our mission and values come from a long and rich history of faith-centered service that has shaped us into the organization we are today.

After our founder, the Reverend Jesse Boring, helped establish the Decatur Orphans’ Home in 1871, the operation continued to grow. Although the home was consistently expanding to meet growing needs and serve more children, they faced many difficulties and overcame many obstacles in their early years.

In 1873, a fire forced the home to relocate to a new property near Decatur. Soon after, a drought decimated the crop yield they relied on for both food and income. In the years following these events, the home struggled to stabilize its finances to the point of nearly filing bankruptcy. If it had not been for the generosity of the Methodist Churches in the North Georgia Conference and their patrons, the children’s home most likely would not have survived its earliest years.

Despite these hardships, the children’s home, its volunteers and donors, and all those in its employ continued to rise to meet the needs of children and families in their community. Providing the children in the home with an education was of the greatest priority to those in charge and, no matter the financial situation, a teacher’s salary was always worked into the yearly budget.

By the mid-1880s, the home had paid off all their debts, constructed new housing to accommodate more children, and were celebrating some of their first groups of “graduates” from the home, several of whom were going on to attend college. At the end of the nineteenth century, the home found itself growing quickly, housing almost 50 children at the time and continuously completing building projects to keep up with need.

In 1896, plans were made to celebrate the home’s 25 years of service. From all accounts, it was quite the celebration! This year, we celebrate 150 years of carrying out the work started by those who came before us. It is the perseverance and hard work of those who saw the value of home and continued the mission to serve children without one during those difficult early years that has helped to build Wellroot into what it is today.